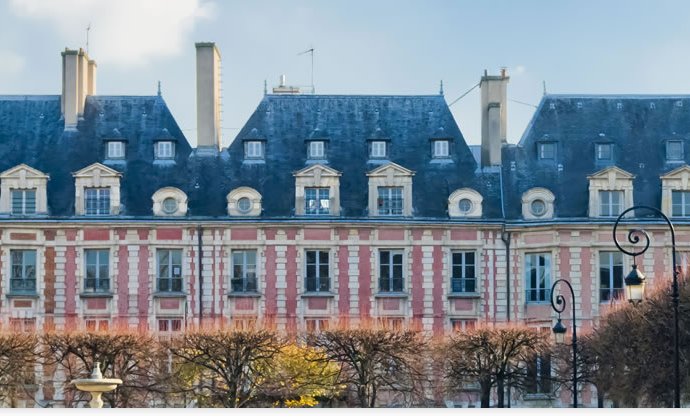 Three very different properties topped the list of your favorite resort hotels in France for 2017 — a testament to the diverse tastes of our World's Best Awards respondents. And although the winners ranged from a tiny, bohemian inn to a stately hotel, what they all shared was an exceptional sense of history, of being almost a part of the culture of France itself.

Every year for our World's Best Awards survey, T+L asks readers to weigh in on travel experiences around the globe — to share their opinions on the top hotels, resorts, cities, islands, cruise ships, spas, airlines, and more. Hotels were rated on their facilities, location, service, food, and overall value. Properties were classified as City or Resort based on their locations and amenities.

Coming in at No. 1 this year was the Trianon Palace Versailles, a Waldorf Astoria Hotel: a grand property a half hour outside of Paris, and just a stone's throw from one of France's most storied landmarks, Versailles. Trianon Palace opened as a luxury hotel in 1910 and the property has welcomed everyone from Marlene Dietrich to Queen Elizabeth II, served as a base for the Allied Forces during World War II, and was the setting for the signing of the Treaty of Versailles.

Second on the list came La Colombe d'Or, a rustic, 25-room, family-run hotel on the Côte d'Azur with a long history of attracting eminent artists and creative thinkers, among them Pablo Picasso, Joan Miró, and Marc Chagall.

The illustrious Hôtel du Cap-Eden-Roc in Cap d'Antibes was your third-favorite resort property in France. This landmark building overlooking the crystal waters of the Côte d'Azur helped put the area on the map during the area's heyday in the 1920s and 30s, and was immortalized in F. Scott Fitzgerald's classic novel Tender Is the Night.

The French Riviera enjoyed a strong showing across this year's list of winners, with the Château de la Chèvre d'Or, another historic property overlooking the Côte d'Azur, coming in at No. 4, and the Grand Hôtel du Cap Ferrat, a Four Seasons Hotel, placing at No. 6. Read on to see all 10 winners.