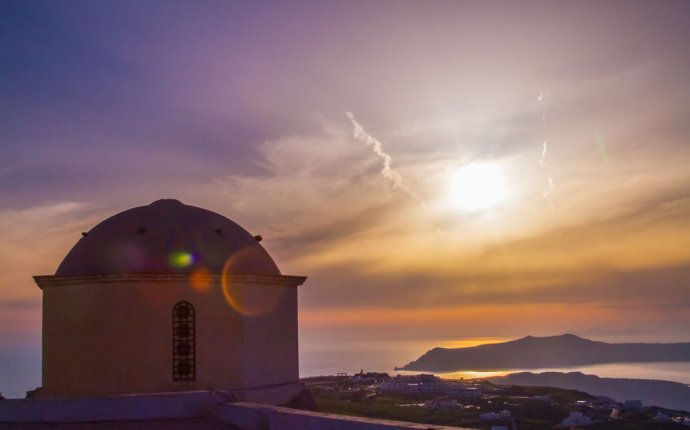 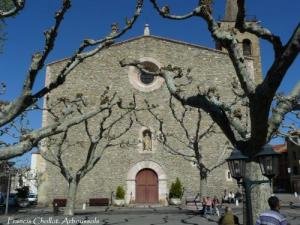 Prades the heart of Conflent, the upper limit of the plain of Roussillon, south relies on the foothills of the sacred mountain of the Catalans, Canigou and extends north side of the alluvial basin of the Tet. At the foot of the mountainous area of the department, Prades enjoys an exceptional view of the Pyrenees.

Prades is a place dear to the heart of the Catalans. For at least four reasons, the founder of Catalonia, Count Wilfred, had a castle near Conflent Prades, and ended his life at the Abbey of St. Martin du Canigou.

Pompeu Fabra, renowned grammaticien, codified the Catalan language by producing a grammar and dictionary that are still authority. He is buried in the cemetery of Prades. 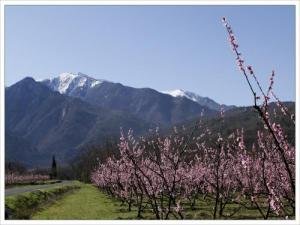 Finally Pablo Casals, the famous cellist and founder of a music festival of the same name, lived a long time in the city of Prades.

Culinary, delicious and typical specialties of the region, no lack either of charm, beginning with ouillade the bunyete or the famous Catalan cream made from egg yolk, citrus, sugar and milk.

Things to see and do

Important city in Catalan history, Prades has a rich and colorful heritage that reflect the architecture and traditions of the region. The main monument of the city is St. Peter's Church, in the old center. Parts of the site date back to the twelfth century, and others in the sixteenth and eighteenth centuries. It is still possible to admire a Romanesque bell tower of Lombard style and an altarpiece considered one of the largest in France. Baroque it was completely designed by the famous Catalan sculptor Joseph Sunyer, at the end of the seventeenth century. No less than fourteen chapels decorate the set. Treasure, some of the furniture comes from the Benedictine Abbey Saint-Michel-de-Cuxa jewel of Romanesque art situated not far away. 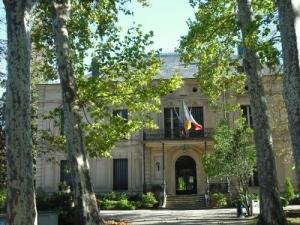 The Pablo Casals Museum, dedicated to the famous Catalan cellist and composer. His visit to discover a beautiful collection of personal items, and get to know the artist. Concert outfits, handwritten letters, photos or one of Pablo Casals cello are well presented.

Jolie timbered house dating from the fifteenth century, the house Jacomet, which was renovated in the late 90s, is classified as an historic monument, and has beautiful cross wooden windows with pinnacles decor.

The heart of the city hosts every Tuesday morning a large picturesque market attracting many conflentois and every Saturday morning the market for local producers. 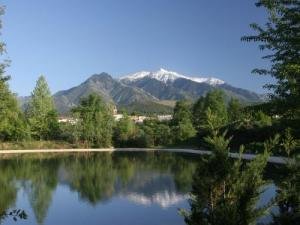 Every Tuesday morning, the center of the city is the scene of a large picturesque market that attracts many people in the Conflent region. A market of local producers, to discover the best of gastronomy and crafts Prades and area also takes place every Saturday morning.

Of church tours St. Peter and his treasure are regularly organized by the Tourist Office. The opportunity to learn more about the history of this high Prades heritage and learn about Baroque and Romanesque architecture.

The highlight of the summer season, the Chamber Music Festival "Pablo Casals", created by the master in 1950, became an international event that attracts more than 8000 people in late July-early August. Summer also brings other major events such as Ciné-Dating, the Catalan Summer University, from flea markets organized by the Groupement PO flea markets and night markets every Friday in July and August 17h to 23h on the Republic Square... 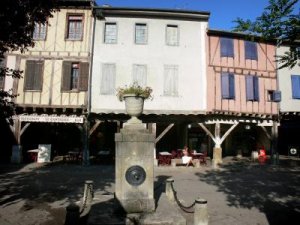 The "Cine-Rencontres" in July, offering a cinematic theme of an actor, a filmmaker, a director... During the festival are organized conferences and debates where you can meet experts and filmmakers. Information +33 4 68 05 20 47.

The Pablo Casals Festival: late July-early August. Each year artists from around the world occur in the 25 concerts held at St. Michael Cuxa, St. Peter Prades and a dozen churches in the area. Also held at lido (free) every morning at 11am musicological conferences and film screenings. Information +33 4 68 96 33 07.

In August, a market of designers, artists and craftsmen Conflent art can appreciate the most beautiful creations of this part of Catalonia.